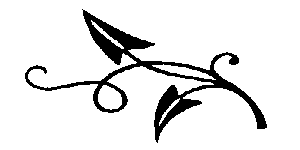 i write and play a bunch of different kinds of music, trying to blur the lines between genres new and old, towards a kind of pop synecdoche. since 2015 I've recorded twelve albums, six EPs, and even more singles, all under many names, including biddy fox, alexander diogenes, electronic fox, brünhilde and more. with some exceptions i have played almost every instrument, sung every vocal part, programmed, arranged, produced, mixed and mastered every one.

i have put some of my work here for thy perusal:

this is a dark, industrial-influenced electronic track intended to portray manic coldness and alienation. not a single sound is unprocessed. there are layers after layers of samples and drums, as well as guitar and bass VI. at the end the track breaks down into metallic factory noises, only interrupted by strums on a bass vi and a yelping, auto-tuned hook.

apologies for the immodesty but this is my favorite of my own pieces so far. it takes the form of a long crescendo, featuring slowly expanding layers of guitar, piano and acoustic drums. soon it explodes into a bout of screaming emotion before pulling back into quiet, doomy slowness for the B-section, which changes time signature from 4/4 to a slow 12/8. the lyrics are metaphorical and obscure, influenced by cyberpunk, referring to the inner turmoil of an artificial human.

"is there something wrong with you" (non-album)

this one is particularly electronic-oriented. the idea of this one is that it's kind of rhythmically/timbrally unbalanced, switching between various incomplete electronic ensembles and choppy rhythmic patterns before all coalescing for the coda, the only part with a proper danceable backbeat, in which a primitive electronic organ sound enters the mix to both tie together and deliberately contrast the otherwise hypermodern synthesis of the rest of the piece. all sections are tied together by heavy drums and bubble-like percussion.

"so it goes" (from everybody relax)

this piece switches through a lot of different sounds very quickly. this was inspired by the "film editing" production techniques of brian wilson. my intent was to take the listener on an aural roadtrip over the span of two minutes. thus, i used genre as a tool, switching between genres repeatedly without shifting key, tempo or rhythmic feel, taking the listener out of their element rapidly but not disorientingly.

i'm very proud of the lyrics and vocals on this, because they're actually about something in particular, which i hate to admit i usually don't do with my lyrics. they're sort of an intentionally cut-up, out of order short story about how sometimes for very lonely people the idea that someone actually could like them for any reason, even a bad one, makes it so that they can't bring themselves to say "no." for instance, in the first verse:

from the inane that makes you go "oh well thats cute"
pigeons on the street corner once domestic now abandoned like a-
and the worst fuckin' part is that you really meant it
-beer can, once we loved them, but a shaking fate began to knit

for more, check out my bandcamp. this website looks best on not firefox.